Tosyk wrote:the only way to get them is to use your tools as I understand

Not quite. The bms script still exports the gnf textures, you just need to apply them manually. My tool is just for convenience really.
Top

A bit of update on this. So Noesis does extract the PSarc files, but for some reason no file inside works, either PNG, or SCD or anything else. What could be the reason? Perhaps I'm using a wrong PKG?
Top

Has someone been able to find Peter Pan’s high poly model? For some reason, I’ve only managed to find the low poly one. No sign of the high poly model on the files...
Top

you sure there is one?
Top

Ok thank you! Please let me know if you find anything.
Top

Nothing yet but I haven't looked very deeply. Any more cues as to identify the high poly model?
Top

Hmm, not really. Apparently the model is only used in, like, 2 cutscenes? One before facing Hook and the other at the end in the Clocktower. Maybe because of the model not being used that much they put it in some other part of the game’s files?
I don’t have the PS4 files, I only have the PS2 ones for reference so I don’t know if the structure is any different, but in PS2 the majority of the models are stored at KINGDOM.idx file. I did not check the IRX files yet because I don't know how to extract them so idk what they contain, but maybe one of them contains some hidden models (beta models, models that aren’t used that much, etc)? And if the PS4 files follow the same structure as the PS2 ones, maybe the high poly model for Peter Pan is hidden in some of those? We could try checking those.
Top

I already unpacked all the PS4 files needed, it's just a matter of Kh1 animations not being viewable in Noesis.
Top

Can anyone send me a dump of the textures for each model? I'm using the ps3 dump and get all sorts of folders like this, can't even open the mdlx files up with noesis. 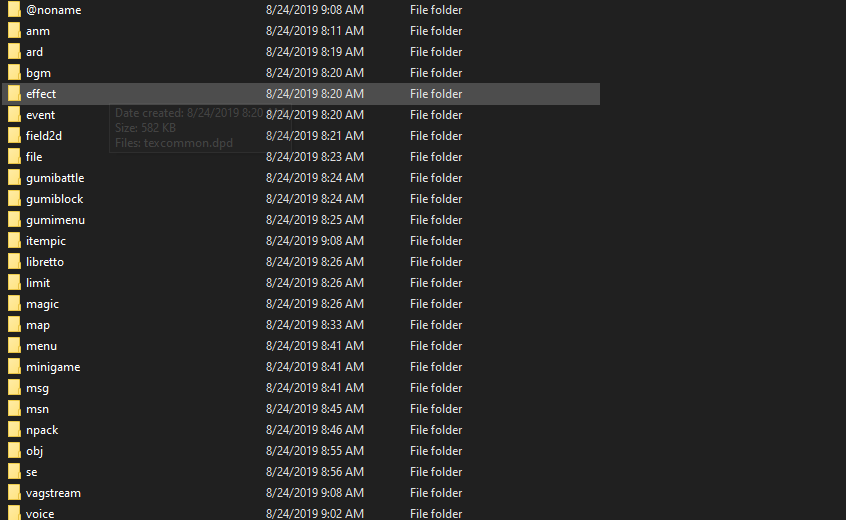 Then we're two~.
I mostly want the ones of the 3D, because many were very amazing on that one
Top
Post Reply
32 posts