I was told to open the ASCII files..
Copy and paste the skeleton ASCII text
To the mesh file.

I do that and i get a diff error now. 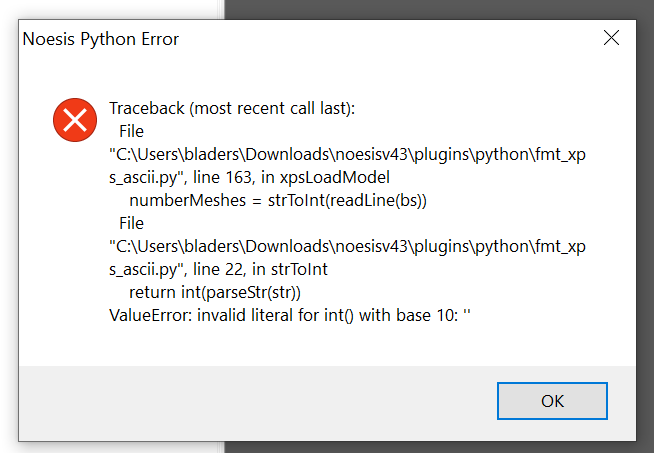 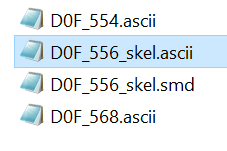 Best way to use the program is open the files with about 5MB to 15MB files..

I have learnt that a 3D Model to open required a skeleton.
You have to open the CAC_162.ascii in noesis

Please note the numbers after the CAC are not important.. those 4 files above are required to open a model..
But of course CAC would be different for each character or 3D Model.

So your supposed to open the following two items in notepad or better yet Notepad++ and make adjustments as Dave mentioned
CAC_162.ascii
CAC_164.skel.ascii
Top

I actually have problems with the method I just explain

If xnalara is not your choice end result program.. (armature not important to you..) just find the other xnalara plugin for noesis

Import the mesh and export in xnalara format and it imports to blender fine. I instantly just delete the broken armature anyways..
Top


Yeah the other plugin works but i need the correct skeletons and bones, its vital to what i'm trying to do.
Top

First of all, its not my plugin. I'm not making noesis plugins and I dont have plans to start. I just wanted to help people with loading into other 3d software - that's why its included. Long time ago somebody gave me this plugin, it was made from another plugin, or something. The only thing i did, is at some point (about a year ago) I've added bone rotations to it, so if you import/export into FBX or any other format, you have all proper bone rotations. That's it about the plugin.

Now when you merge 2 text files, skeleton and model, make sure you don't break the ASCII format. There must be no empty lines or extra zeroes.

First "0" line in the main model is number of bones. I made it there so you can load the model without bones if you want to.

If you want bones, delete that "0", and merge both files, skeleton first, and make sure there are no empty lines, and you dont delete anything other than that zero line.
Top

Can we use these tools to extract the sound files. Perhaps I can give users a raw clean version of the famous 28 stab wounds quote.
Top

Any generous soul to share a legit link to get this game iso ? ( MP is welcome if we are not supposed to link it publicly )
Top

Puterboy1 wrote: ↑
Sun Mar 24, 2019 7:27 am
Can we use these tools to extract the sound files. Perhaps I can give users a raw clean version of the famous 28 stab wounds quote.

I'm curious about this too! Imagine a game-rip of the soundtrack!

Also, how can i use the bonenames.txt? My character bones are just named bone000, bone001 etc.
But as I see it in the ascii skel file the bones are named, probably Noesis export renames them?

EDIT, dont wanna double post: i'm having problems with my RK900 model, the eyes are ok now (had to alter the UV map), but his texts are missing (his serial number etc on his jacket), also, bones from his right shoulder (if you mirror the model as it should look) are missing?? But I checked it on the RK800 (Connor) model, and he's missing them too. Is this a known problem? Also, this happens if you move his left shoulder: (every other bone is working perfectly) 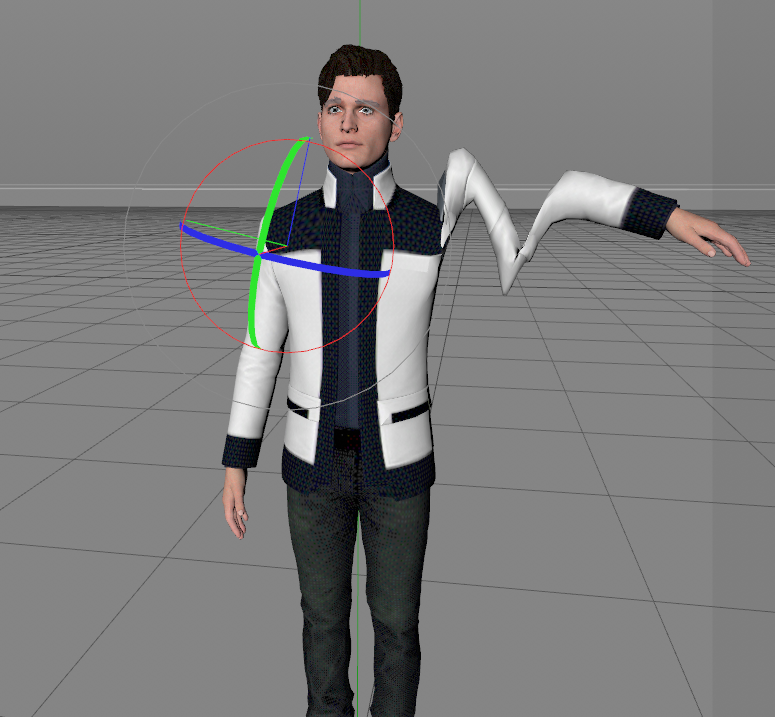 Can anyone help on this?
Top 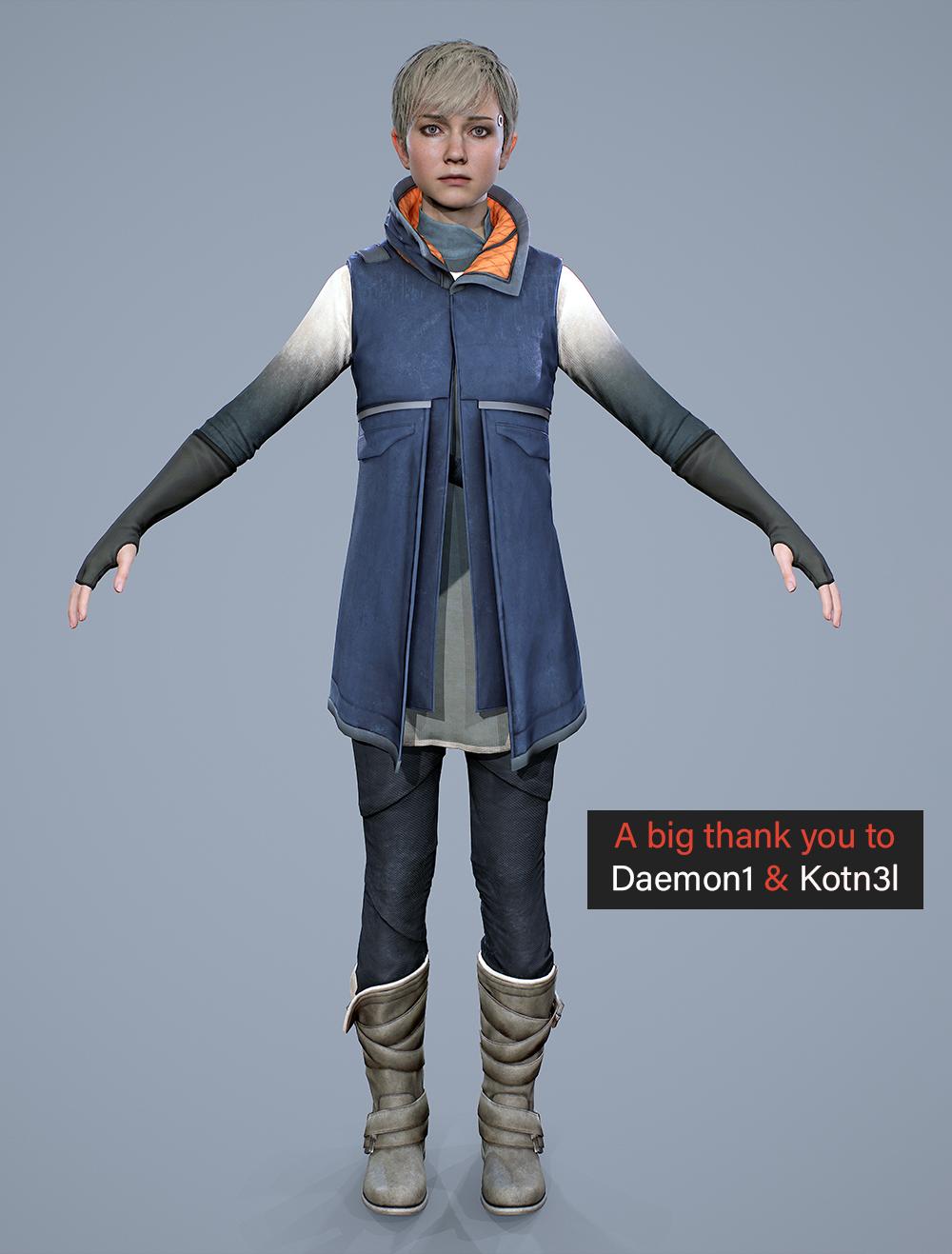 Any close up on the face? Did you use all base textures for face? I'm doing her right now in UE4 and running into issues with her roughness/spec/sss tex and just decided to create new textures for her that works with UE skin shading model while still using the albedo/normal map. (or it could be that im working on the uniform robotic model)

Also have you tried exporting model to UE4 and run into the problem where it creates 37 models instead of 1 model with multiple mats.
Top

I used only the original maps, but some extra work could be done to enhance the skin reflection quality.

I didn't try to export the models to Unreal, but there are no reasons to get any importation error if you cleaned the mesh. ( Welding + individual parts renaming )

Here your close up : 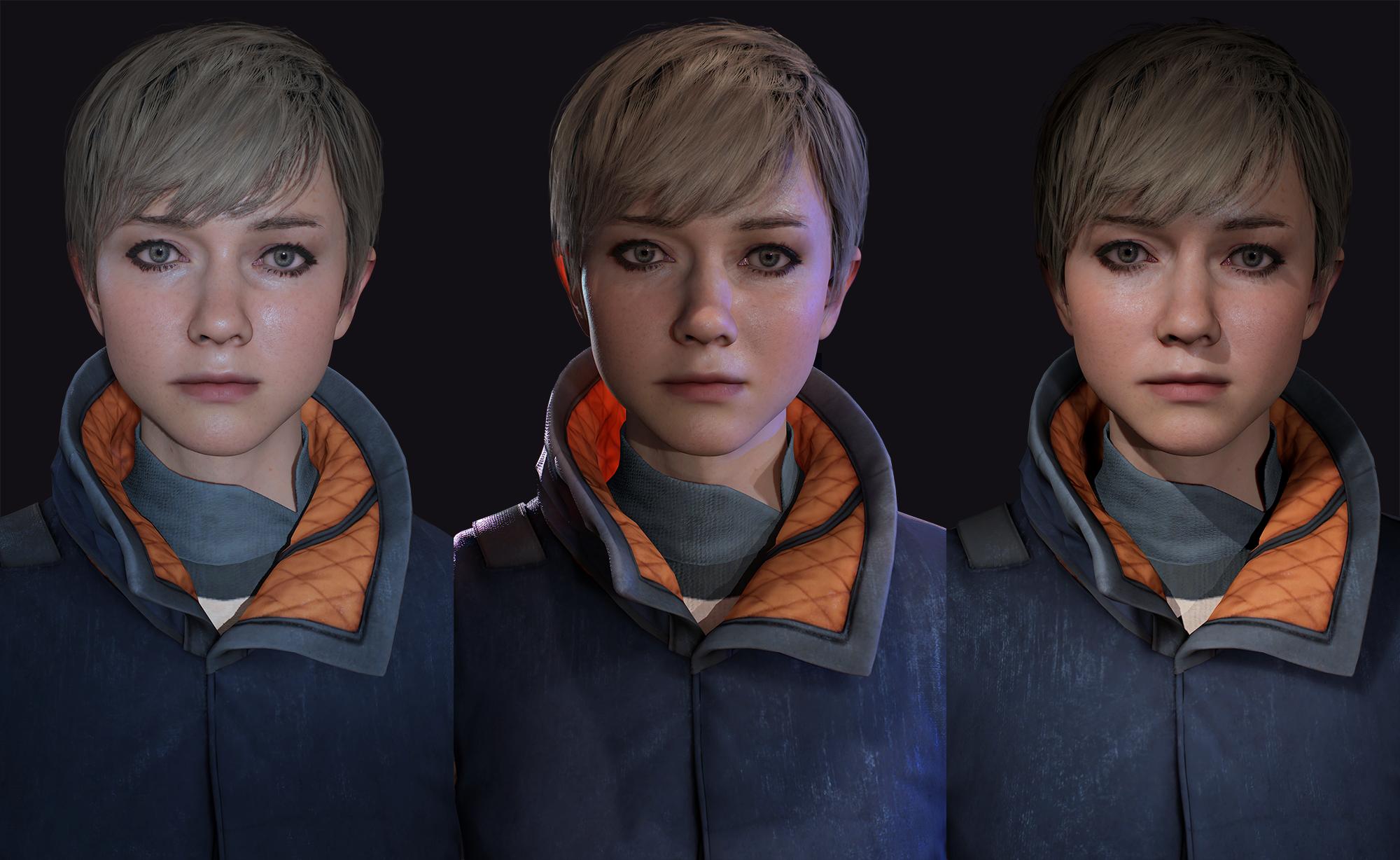 Looks amazing! How did you figure out where to put all the detail textures of the clothes? I'm completly lost texturing the clothes...
Top

Can someone send me a link with the detroit files so i can download,cause im interesting on extracting the models ty
Top
Post Reply
521 posts