Get help on any and all audio formats, or chip in and help others!
Forum rules
Post Reply
2 posts • Page 1 of 1

Thanks again to aLuigi for the script to extract the PS2 REZ File !

But there is small issue on this script, it only extract the 1st block (english language) and not the others blocks (others languages)

I found that the voices WAV files are stored in all .LIT extracted files from the LITH_PS2.REZ

Here is some LIT examples files (extracted from LITH_PS2.REZ) :

The Script made by aLuigi :

This script code need a small fix to also extract others languages.

I can see that all WAV voices files are named exactly the same as the PC Port.
As the PS2 version contains french voices (and not the PC port) i will use theses files to inject them in the PC port.
And we can see the ID « LithTech PSX Sound Data 1.20 » 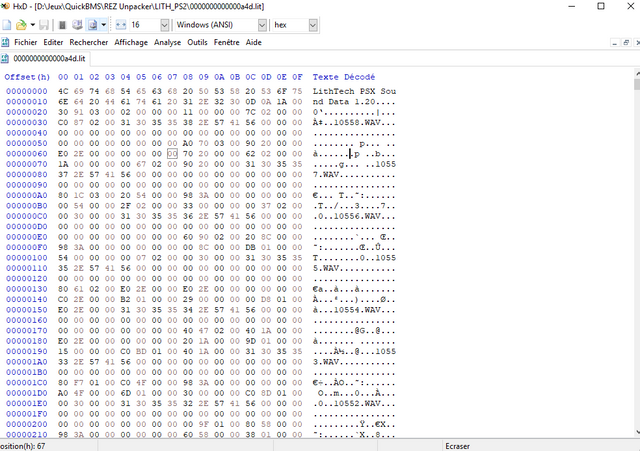 They seems to be compressed i guess ?

About the PC Port (just to compare) : 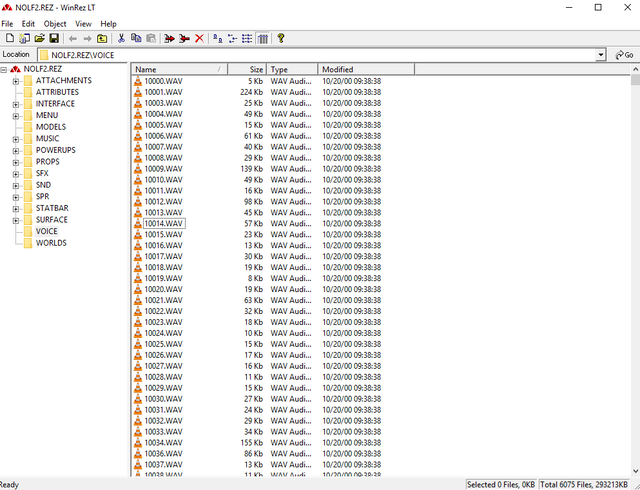 The PC REZ File (just to compare, nothing has to be done on it, we already have everything !)
https://mega.nz/#!uvIkiYqK!_cyAbfaH6O9F ... bh1MOckJX4

Can someone on the "Audio and Video file formats" section check if the WAV are in the .LIT files and what compression is used (if there is a compression) ?

I managed to read every voices in theses .LIT files.

3) Open Any .LIT files, and click "scan anyway" (it will first don't recognize the file then... magic every voices are viewable and readable !!! :O)

Can someone make a script to extract them ?

Now we are sure there are in theses files and we are able to read all of them !

Edit 2: It seems lot of .LIT files are missing in the first extract of the LITH_PS2.REZ.
I only got the english voices in this export (it's seems !)

The Script of aluigi only extract the 1st block (english only) for now.

All .LIT files contains Sounds Effects and Voices.
In 1 .LIT file is always the same language (if the lit is french, we will have always french voices in this LIT).

Indeed only 30% of the REZ file is extracted, lot of files are not extracted for now.

I have extracted myself some WAV Voices file from LIT files on the LITH_PS2.REZ.

Theses LIT files were not extracted with your script
It's some french voices.

If it can help.
Top

If you are looking for a place to put these up, I suggest The Sounds Resource.
Top
Post Reply
2 posts • Page 1 of 1