i'm currently working on a small tool to compile models of ffxii to .phyre
Since the re-release of ffxii, I've dipped into model format research, here's what I come to know so far:

phyre model asset structure on conversion. you should set model to replace in the same file structure as in the vbf, which usually starts with base "artdata".

These ".ah" files act as model external material. they similar to 3d material file (i.e. ".mat") I could edit this files with a simple text editor. this file also identifies the model to load.
Models to preload you can find in jsondata: init.json

there are also shaders linked these files. Whether it is a shader (for characters and weapons) or default lit shaders (for maps) it must be kept in the material file or crash game.

ION, I've looked into animation and they are contained in ".ca" file
In obj_finish folder there is '.ca' file in each character ID folder (c1004, c1005 so on). this .ca animations are all models battle field animations and can be swapped with each other without crash.

seems there are two NPC models of Doctor Cid, one for the fight at Draklor and other at Pharos. though n1073 may be dummied.
If you model swap using battle pack editor by raidenripper, Doctor Cid model uses ID n1073.

I haven't tested all battle field animation but so far here's the ID functions:

all the 1 MB .ca files are the character weapon discipline animation.
c1004_t1 suffix "t1" are for towns. It appears just replacing this file for NPC is not enough to get them fully controllable in towns, they'll probably need this data added to their animation hierarchy. 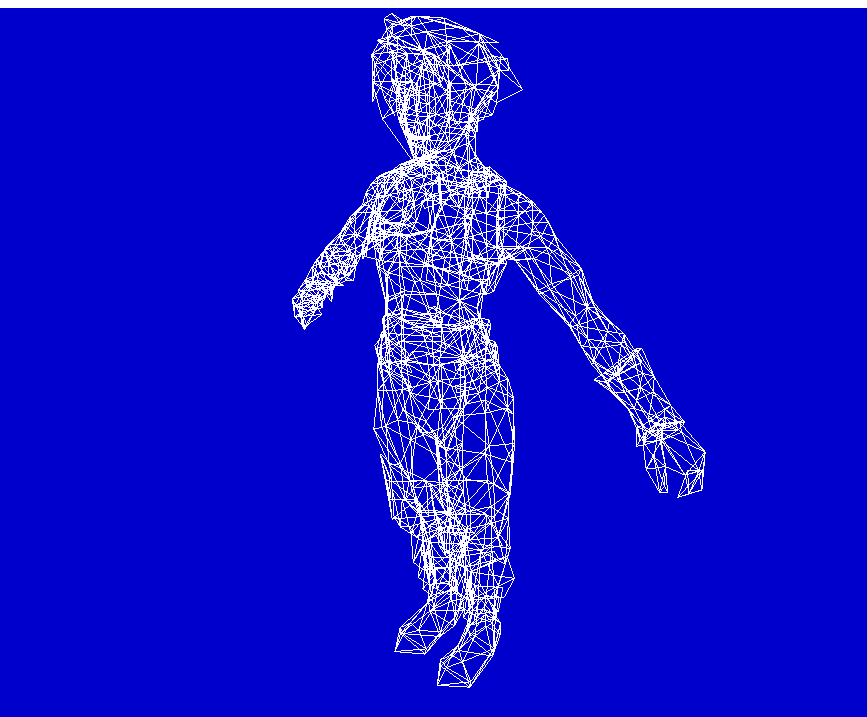 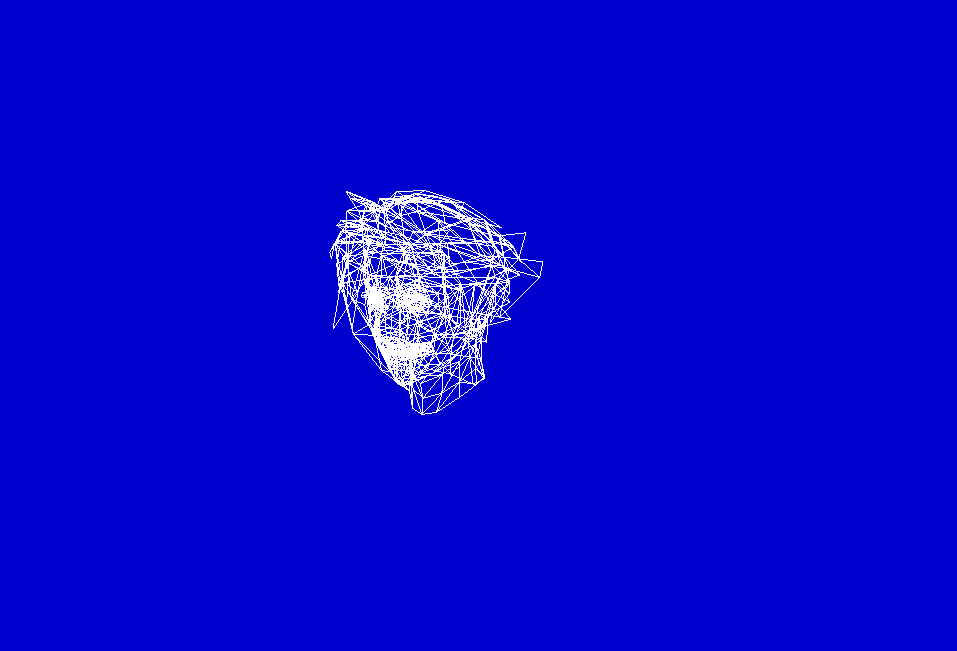 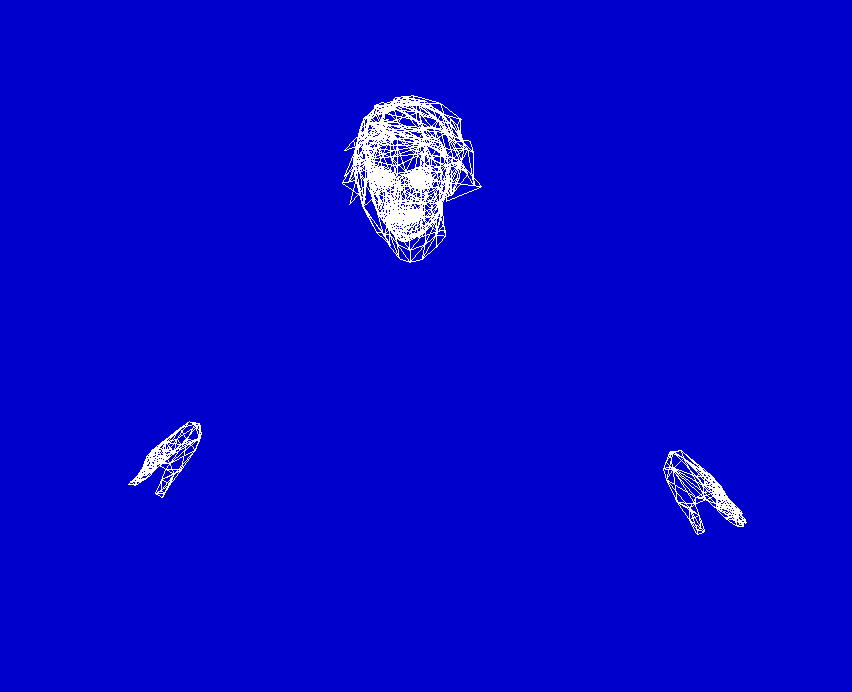 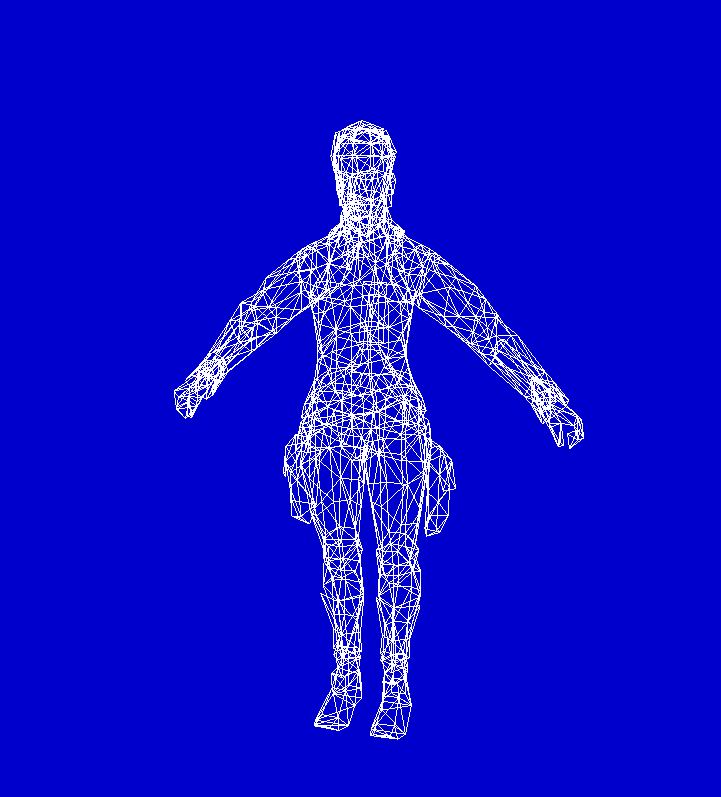 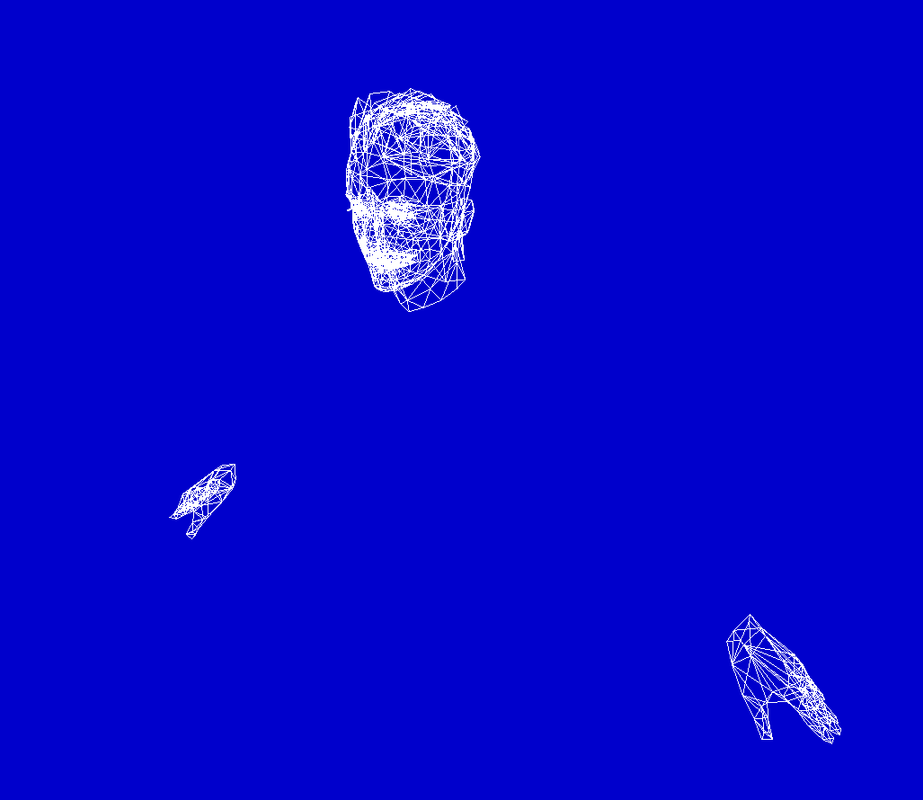 it is true the models use high model replace.
maps a bit different. unlike the others the mesh bounds are divided into sections.
Last edited by alexdokuchayev on Fri Oct 04, 2019 7:24 pm, edited 1 time in total.
Top

Amazing job. May we change the 3d model of game for other with more vertices/details?

Thank you for your hard work
Top

Thank you for your hard work

I can pm you info.
Top

This is amazing work. Do you have a list of the NPC models corresponding to each ID? I see you have Cid listed as n1073.

I'm particularly curious about the Dalmascan Soldier model, from the beginning portion of the game. Using Zodiac Age Editor, I can find references to two models named Dalmascan Soldier, yet in game, there are 3 visual variations controlled by the AI during the tutorial. Both models load only the first variation. I can't figure out how to access or locate the other two.
Top

Reading all of this, it is still a surprise nobody had try to mod either FF12 or FF10 on 3D way on both they PC realize.
More taking we're on 2020, and yet still no move about it.

And it is dissapointed that if you ask on this page about modding FF7, 8, 9, 10, the only answer you get is "we only care more about FF7 on 3D Modding", like they respond me years ago.

Anyway, it is very great to see, late, sorry, that at least someone is trying to find out how to convert it and edit it.
I take my hat out for you Sir.
Top

Some Updates to this tool...

What can be done so far:
Cannot currently: Things to be done:

.fbx should have appropriate materials linked in hierarchy. Will attempt to right estimate material path within .dae.phyre

Notes regarding asset preparation: Normals Polys
Please try Keep model poly count<65535. pushing the limits can results in:
Scaling
Models/transforms must retain a XYZ position scale. This ensures the model is not too big or too small in game, tool will try handle the scaling in game, but may not correct if scaling is wrong. Remember Z-axis are perpendicular—x-axis and y-axis create the value of Z.

all the 1 MB .ca files are weapon discipline remaps.cXXXX_t1 suffix "t1" are for towns. Simply replacing this file for NPC is not enough to get them fully control in towns, they'll need this data added to their animation hierarchy.
cXXXX_e1.ca - Riding chocobo animation.

Textures & Shaders
Textures should use shaders within shaders folder of vbf. Recommend to use the same shader the vanilla model uses. You can find this shaders reference in the phyre, .exe and material (.ah)

Textures materials and shaders
You cannot add textures to a material file (.ah) of an imported model and expect the game to read it! This includes taking a vanilla phyre texture file and importing it newly to the .vbf, the game will not read that texture. You can relink original textures of the characters that are already default in the .vbf, you cannot add this original textures of the characters to the vbf in a new location such as:

The game will not read this and will crash.

However, you can link Vaan's original texture to Balthier that is already present in the .vbf.

The game will read this updated material as it is a location already present in vbf.
For new models and texture, it needs to be referenced in the game. This is the same with shader. Texture and models must reference the correct shader in their hierarchy before importing! This hierarchy structure are critical when importing. This is the same for maps.

Shadows
You must manually replace shadows of characters via chr_shadow directory.

Maps
- Maps use a different shader than characters. You reference any of the DefaultLit shaders, not phyrechr shaders.
- Only maps have srm_.ah material files needed to be updated accordingly.
- As before, shaders for maps and textures need to be referenced in all instances before import.
- Static objects—objects like chairs, plants, furniture are mostly found used and referenced in the gadgets directory of VBF. This includes event items. This types of static objects do not go on map geometry.
- Map geometry are divided on a zone to zone basis (ex.). Unless all events take place in a single zone, do plan on splitting your maps into zones accordingly as the vanilla game.
- Geometric polys per map
- Poly limits were exceeded w/ vertex color mesh (before texture applied to scene)
- Do not triangulate static meshes!
- I will include documentation once alpha testing is passed.

Map Collision
Map Collision is not defined by script, map jumps are. Collision data there is a set of additional float to be edge normals.
If e.g. I write zeros to this data, the collision data no longer work in game and the character falls through the ground. It defines the direction the collision acts as collision, that way if the player gets out of bounds they can walk back in.

(test map with many collision 'holes'. And vertex colors.They're simply RGBA channels stored for vertex of a mesh) 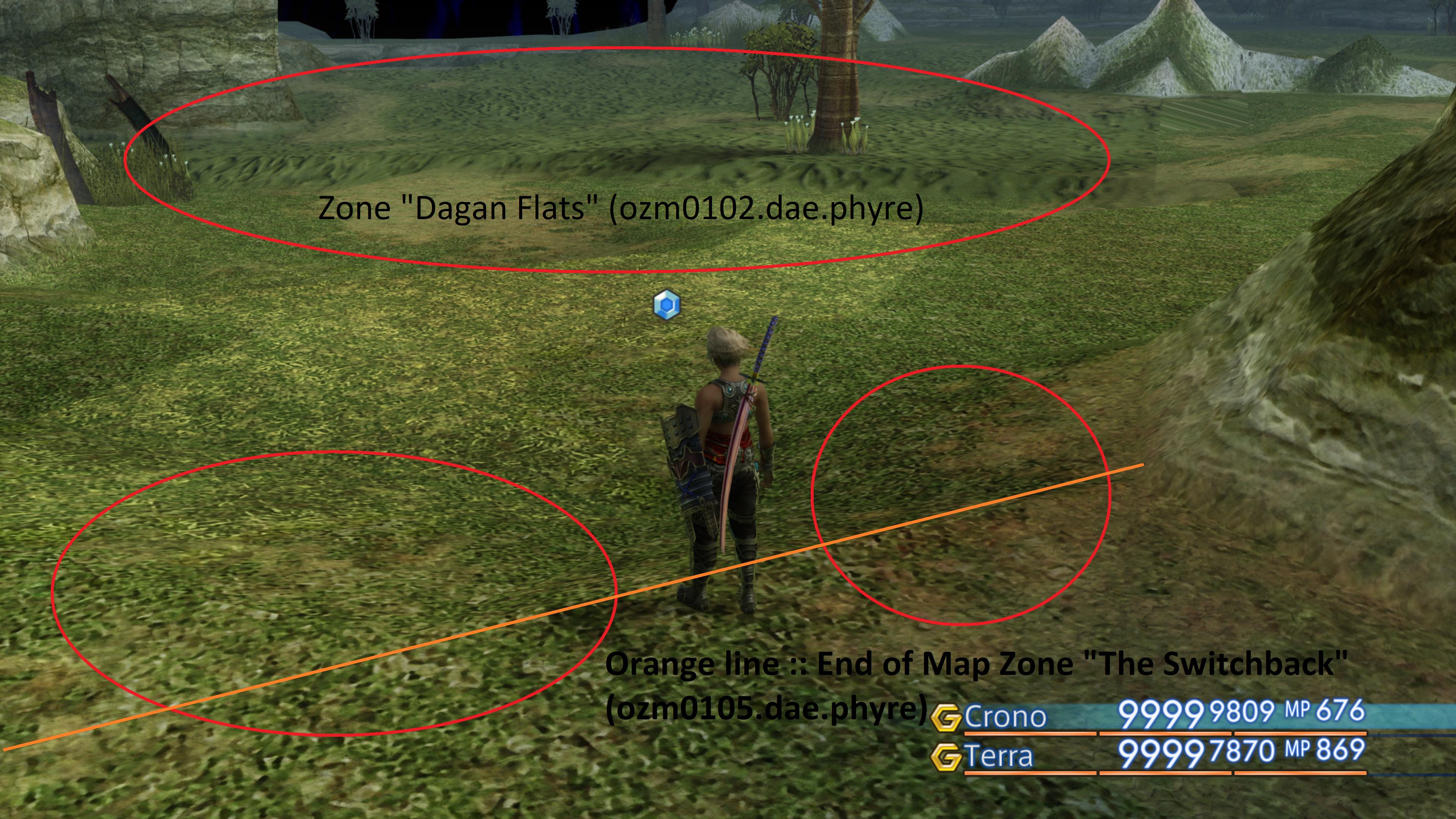 So this 'invisible' collision here actual the end of the ozm0105.dae map. (geometry). the map jump to zone "Dagan Flats" is preloaded here. a method to avoid 'end of the world' view for player. i.e. player look into a void before zoning.

i.e instead of the player here looking to nothingness, he be able to see more map ahead before zoning to said map.

Map jump is placed just before the end of this zone's geometry.

For the Ozmone Plain it has 8 map

You will be also control ambient and tone of new map for immersive atmosphere.

It will become part of workflow as you correct and appropriately apply tone maps to new locations.

Map Note
The game will also preload textures of the preloaded map, in these cases, could be dangerous when moving, merging or removing them will simply not load and crash the game. Because of the way the maps are structured, editing the material file (d3d11_ah) and or moving its portals will crash game as the game will try to use that direct portal before a zone and Exit array.

Prefetch data
Related to data for a specific map.

hc models
With hc models. The game will use to it to swap the model stand (lower poly) base mesh: Phyre model asset structure on conversion. You should set model to replace in the same file structure as in the vbf, which usually starts with base "artdata", ps3data or ps4data.

Materials
These ".ah" files act as model external material. they similar to 3d material file (i.e. ".mat") edit this files with a simple text editor. this file also identifies the model to load.Models to preload you can find in jsondata: init.json

There are also shaders linked these files. Whether it is a shader (for characters and weapons) or default lit shaders (for maps) it must be kept in the material file or crash game. 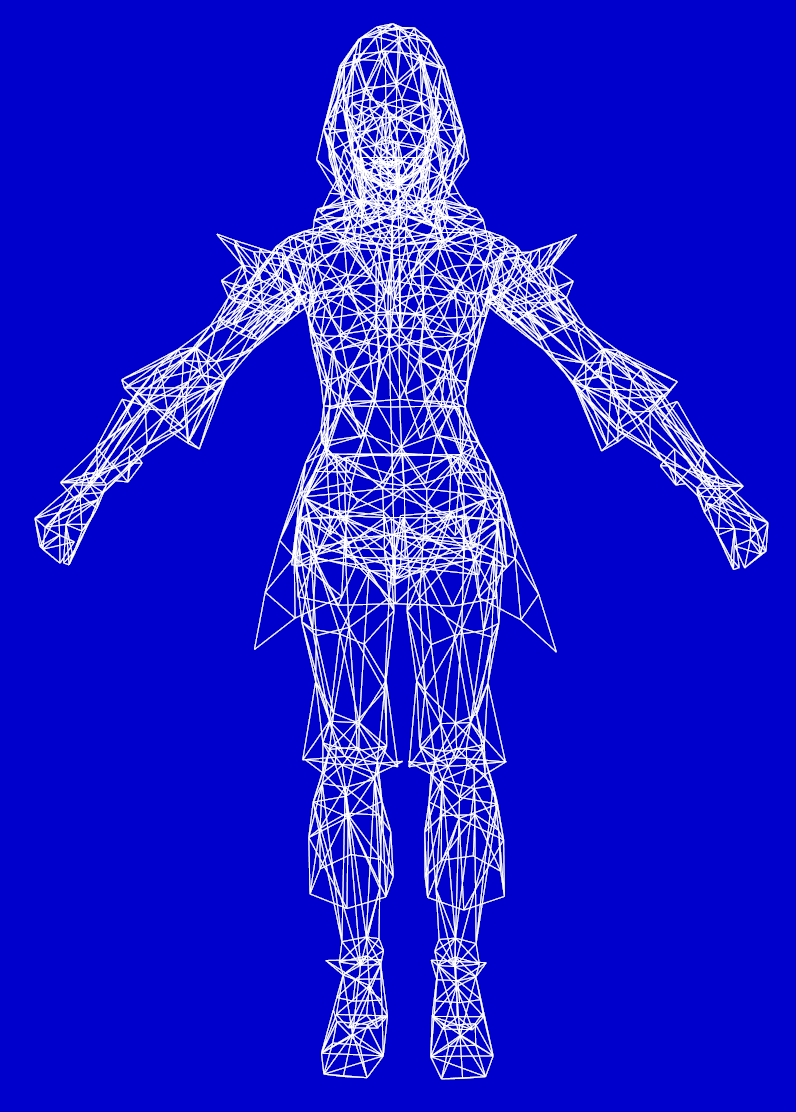 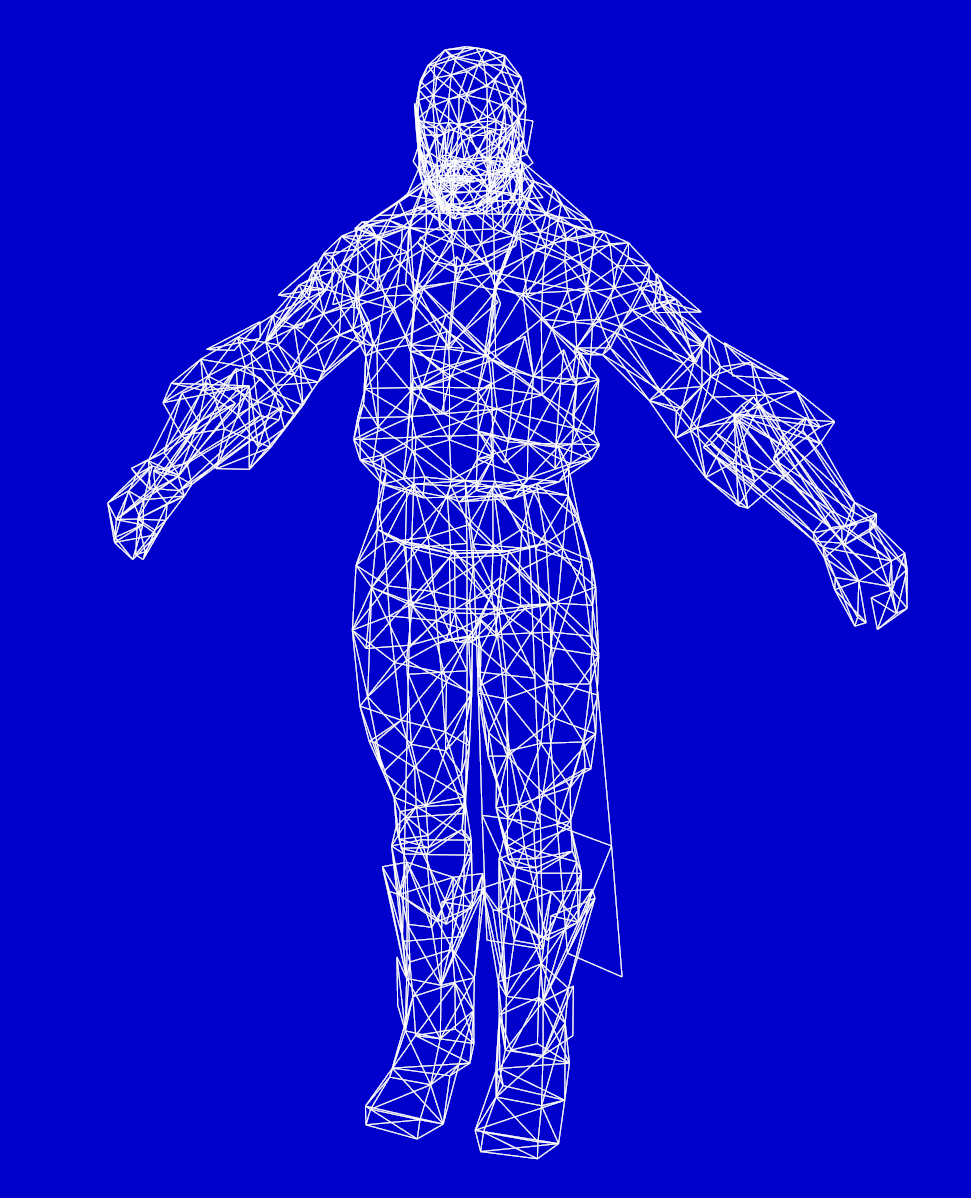 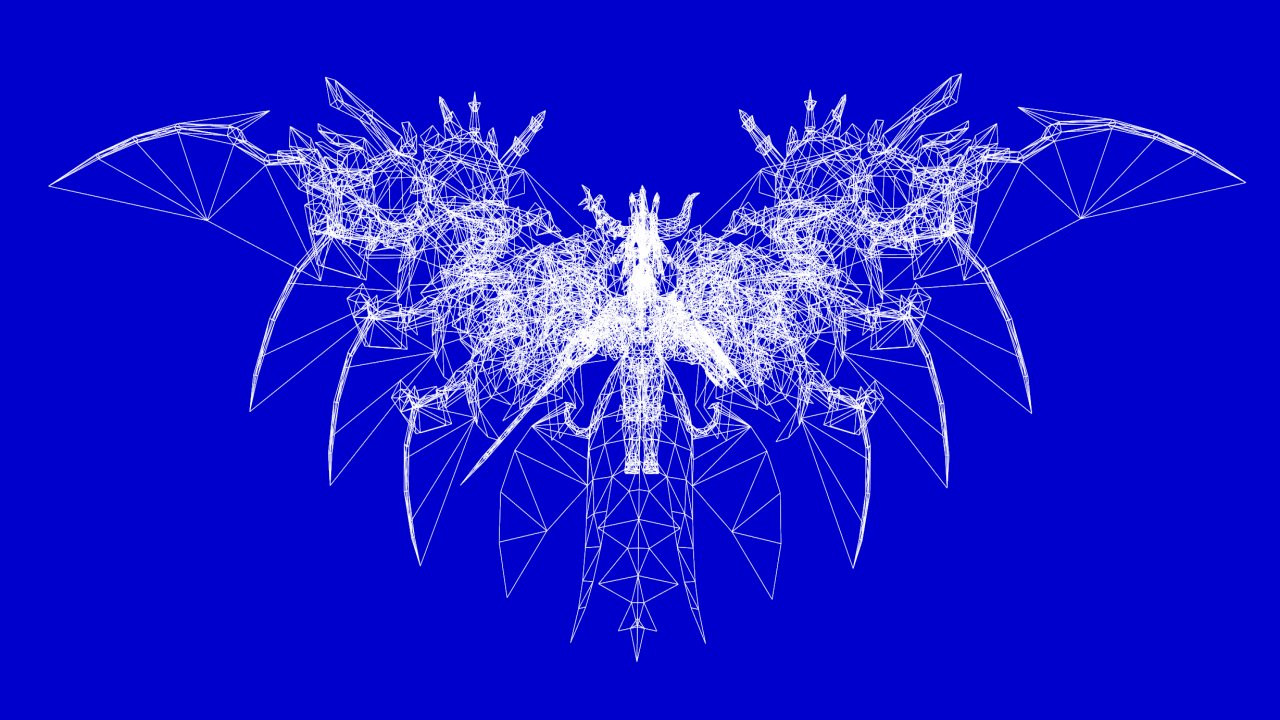 There are still much to do and I'd also implement functions specific for FFX models as far as extracting models and animations go. They not far different.

Hi. Where can I download this version? I would like to have the option command -b to convert .fbx to .phyre. Can you please upload it somewhere? Nexusmods only has v.1.0
Top

This is only version. Never released on other site only my yandisk. Last version before shift was missing my .ca tool from archive. There are still much to do and I'd also implement functions specific for FFX models. I also work more on maps for ff12 a more complicated process.

Models and Nodes
You will need to match model to the same mesh target of original model for work. Any meshes not ID are will not be processed. If you wish a mesh to be omit, leave it empty mesh. These meshes will be converted into Nodes. 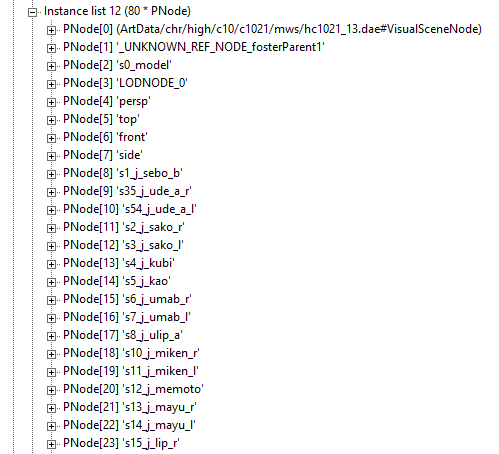 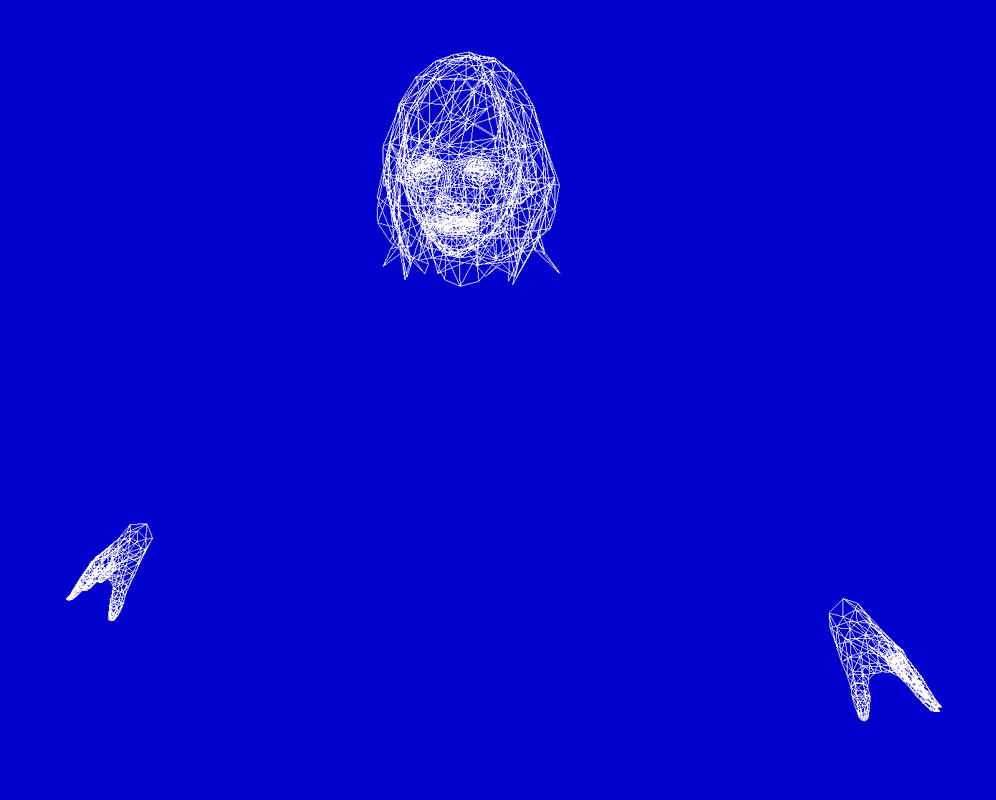 While there is no arm mesh, the bone data are there.

*Note:
Nodes are in romaji and must be kept in standard as of now. 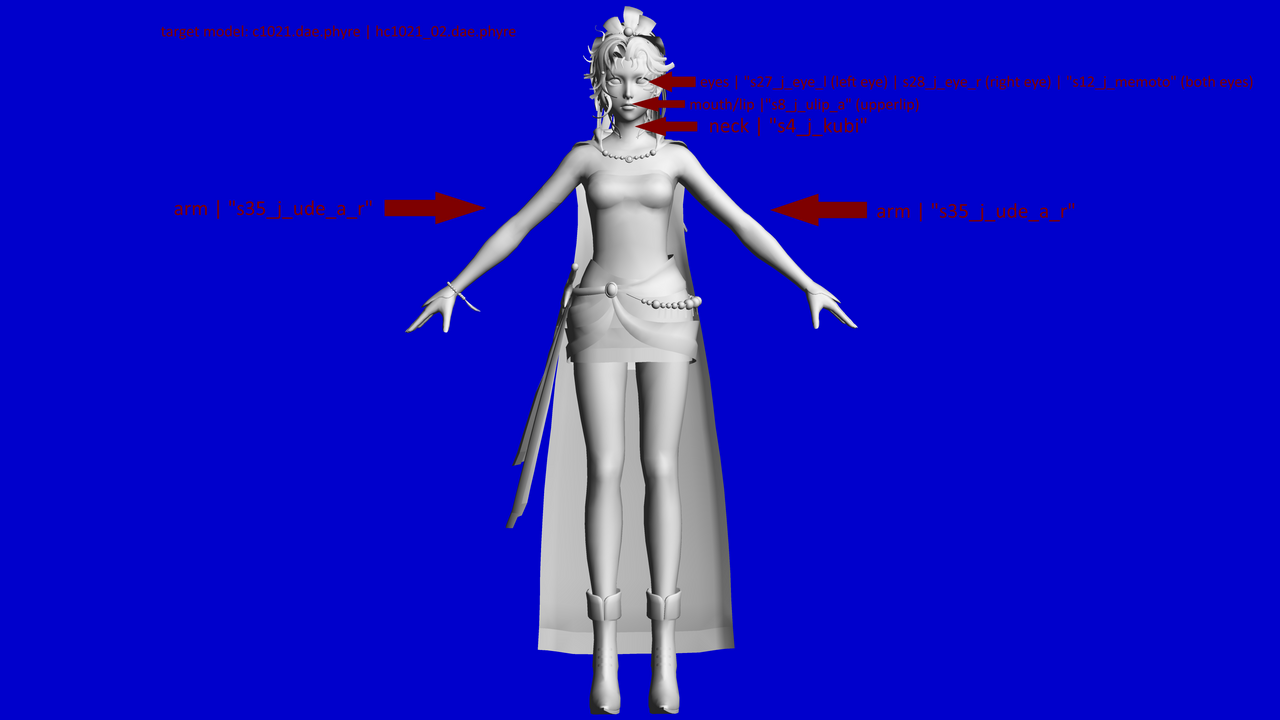 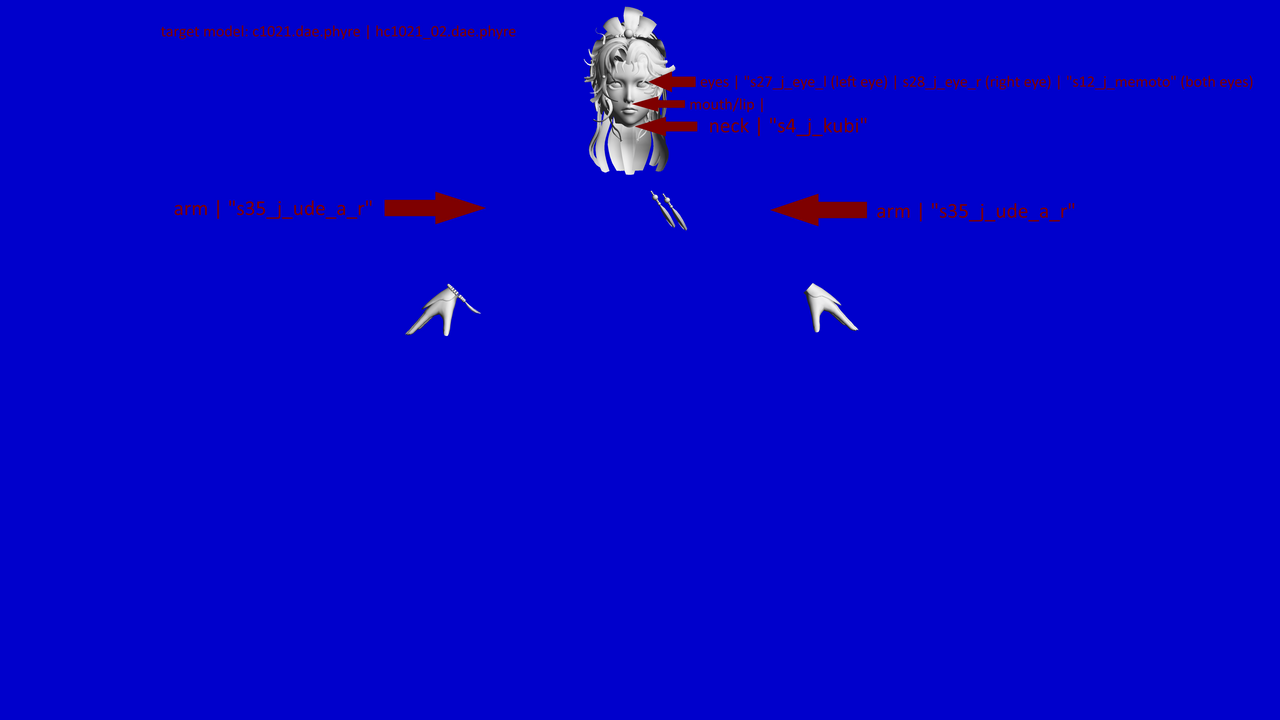 Example of Tina structure setup (Top half is hc model replace, I use these only on hc model, I leave tina's body for c1021.dae.phyre—the game will swap in tina's head/hands via hc1021_XX.dae.phyre)
I point on V needed to be flipped or would appear upside down.
Since Tina makes no use of extra nodes (such as "s35_j_ude_a_r" in hc1021.dae), I omit these by including the mesh but leaving the mesh empty, while retaining bone structure. Since this version of Tina is not optimize it results in invisible model in game now because:

Poly substitution needed. Things like hair cards contribute greatly. I have not raised this limit from the engine yet.

Since Tina also has a lot of accessories such as pearls and frills and her cape that were originally separate meshes, these were merged into one large mesh. This includes meshes such as eyelashes/hair ornaments etc. 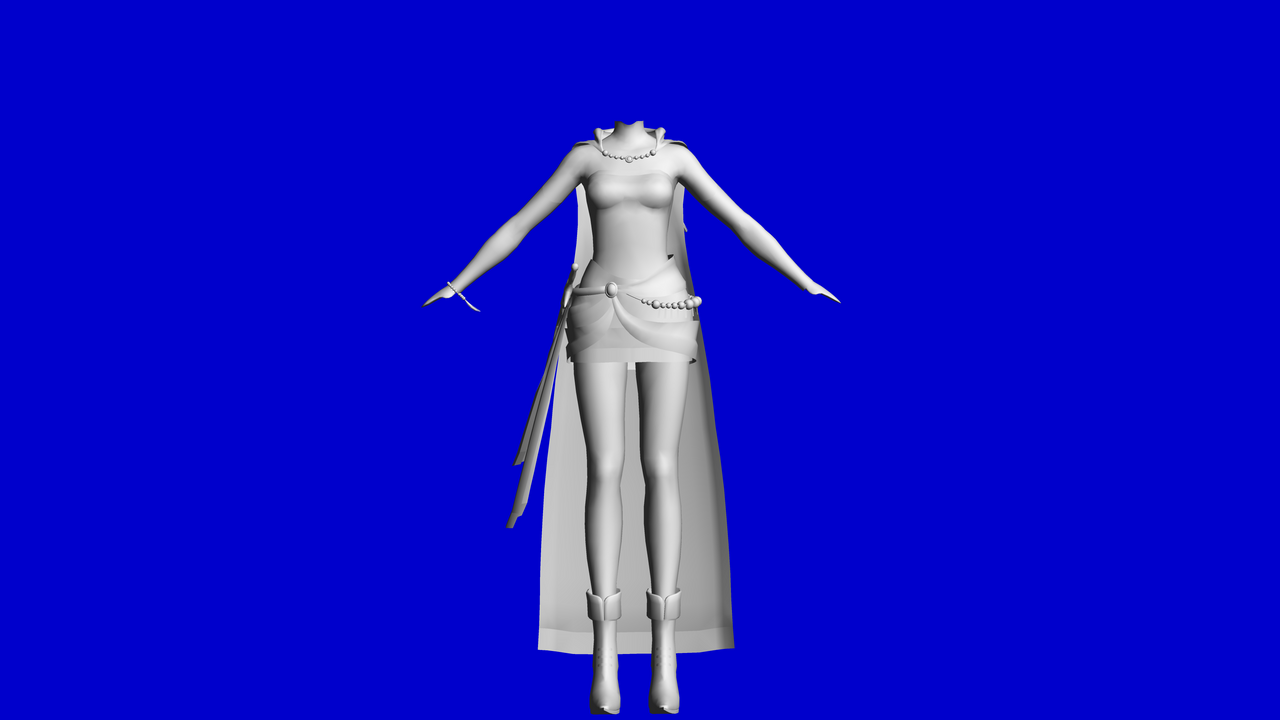 Only the body. game will swap in head/hands of hc model.
Ready for converting, move on to materials.

There are different versions of hc, which used in various scenario events in game.
Top

As of today, I am no longer working further on models. If you like know why, you may send pm.
This conclude last update on phyre model and map.