zaramot wrote:They changed model format a bit. Here's new script, could cause errors with other models (since, they could change format more)

The new version of the script breaks UV coordinates. Please, fix it)

by zaramot
Send me samples of new models, with broken UV's please

by HBOSS81
Hey, great scripts! I've managed to successfully get the skeleton's & mesh's for several frames (Umbra included), yet on the "extras" for the loincloth/scarf bones, it seems to have missing bones and bad bone positioning for the correct location of the front/back scarf & world coordinates of said items in its rig. I too, get the broken/unsigned error when i try to load the bones/meshes for the crest item you find in the cloth folder. Also, is it no longer possible to load the textures through the existing scripts you have on here? i get the meshes with no materials by default. just the solid colored versions.

by antoineflemming
So, for a while now I haven't been able to import any Warframe model using The WarframeOnline MaxScript. For those who have been successful, what script are you using and how are you getting it to work?

by zaramot
For sure, number of updates changed model format, so script wouldn't work with latest version of the game.

by DonacDum
I apologise if I'm bumping an old thread, but whenever I try to run it with Ninja Ripper while using these settings ( -cluster:public -fullscreen:0 -dx11:0) , it says that it is unable to find the PhysX libraries/that I did not install the PhysX drivers correctly.

by xbeton0L
NinjaRipper aside, good work on the importer. I have a question though. Is it possible to read texture data from the Dx9.cache files so we can bring them into max?

So far I've gotten a bunch of png files and I don't know what to try next. Anyways, I've attached a sample file. Hope it's of some use.
I have the rest of the files from the Tenno folder if you need them.

by freakshow
any chance to support animation?

Thank you for creating this script... but unfortunately It is not working for me.
I'm using 3DSmax2012 and 3DSmax2016.

(I've followed the instruction one of the users provided) I'm not sure where is the mistake... on my side or on the script side.
Maybe my computer is filled with trash...

by zaramot
Older scripts shouldn't work, try this one instead (with recent game client)

zaramot wrote:Older scripts shouldn't work, try this one instead (with recent game client)

Thanks for reply... but the script is still not working. I've tried both and both gives me the same error :/ by zaramot
Attach here file which gives an error or send in PM.

by zaramot
I see developers making tiny changes quite frequently, with updates. This is bad, because I don't think I will try to support and edit model-import script each time. Though, I imported models you sent as a sample, here's a bit edited script, send me more not working models and I will try to finish script for recent game client. And this is it, from that point if script will fail with future updates I'm not going to return to Warframe in the near future. 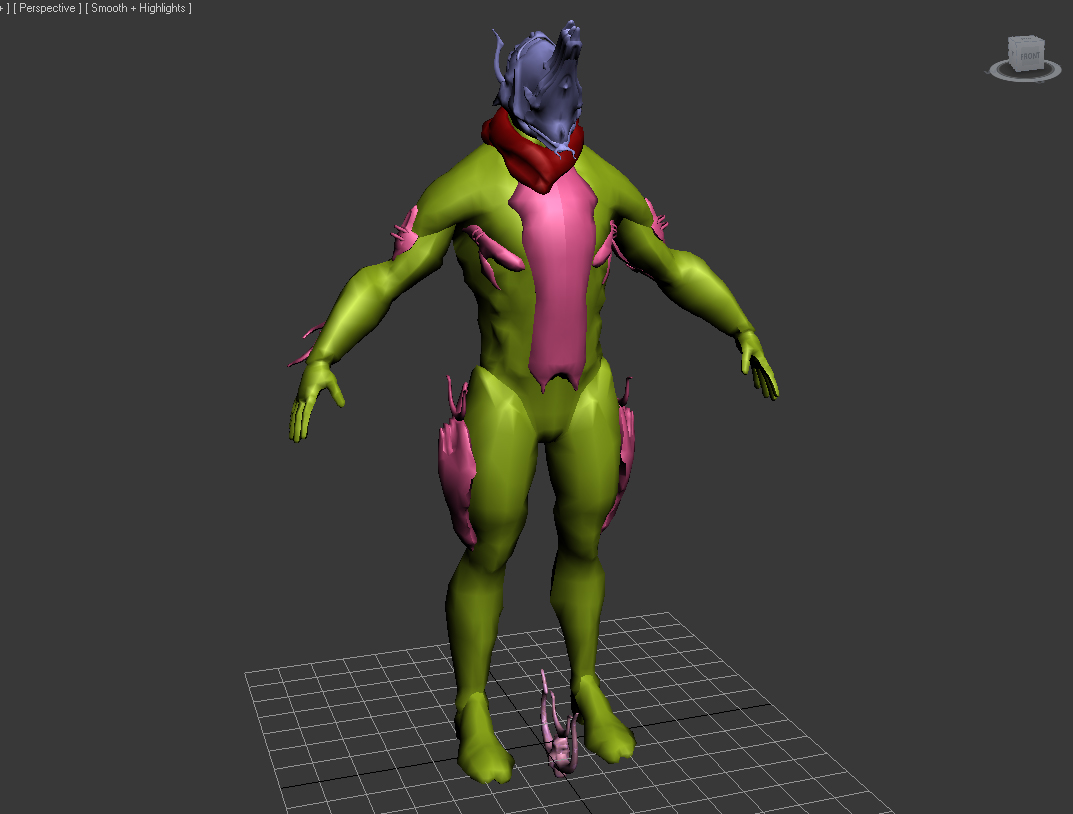