The Original Forum. Game archives, full of resources. How to open them? Get help here.
Forum rules
Post Reply
9 posts • Page 1 of 1

This is a redirect from https://www.gildor.org/smf/index.php/to ... l#msg35982 to see if this community has any suggestions about improving the process (I'm the OP there)

But hey, at least we proved a simple proof of concept! hehehe

was instrumental for reverse engineering!
In my current tests I switched the default editor map to point to the cooked map, and juggle the stream into a functional linker.

In my tests I also tried the Sanctuary ship from Borderlands 3 which is an interior map (I think!

). But I encounter some serialization problems, so I have to poke around some more. The good news was that out of ~11,000 object, about 9000 of them were correctly identified, so ~80% of the map was at least somewhat serialized, albeit not perfectly. I'm still working on this, one of my current problems is that the serialized offset is reported wrong, I don't currently know why

But I'll poke around and beat it to submission. Or just fail

. Yay me and my self-deprecation of Average Joe-ness! hahaha!
Top

Nice work! Any plans on releasing your tools, even it's current state?
Top

Follow-up to automatically restoring cooked maps back in unreal engine 4, this is the latest successful test

The heavy lifting is done in 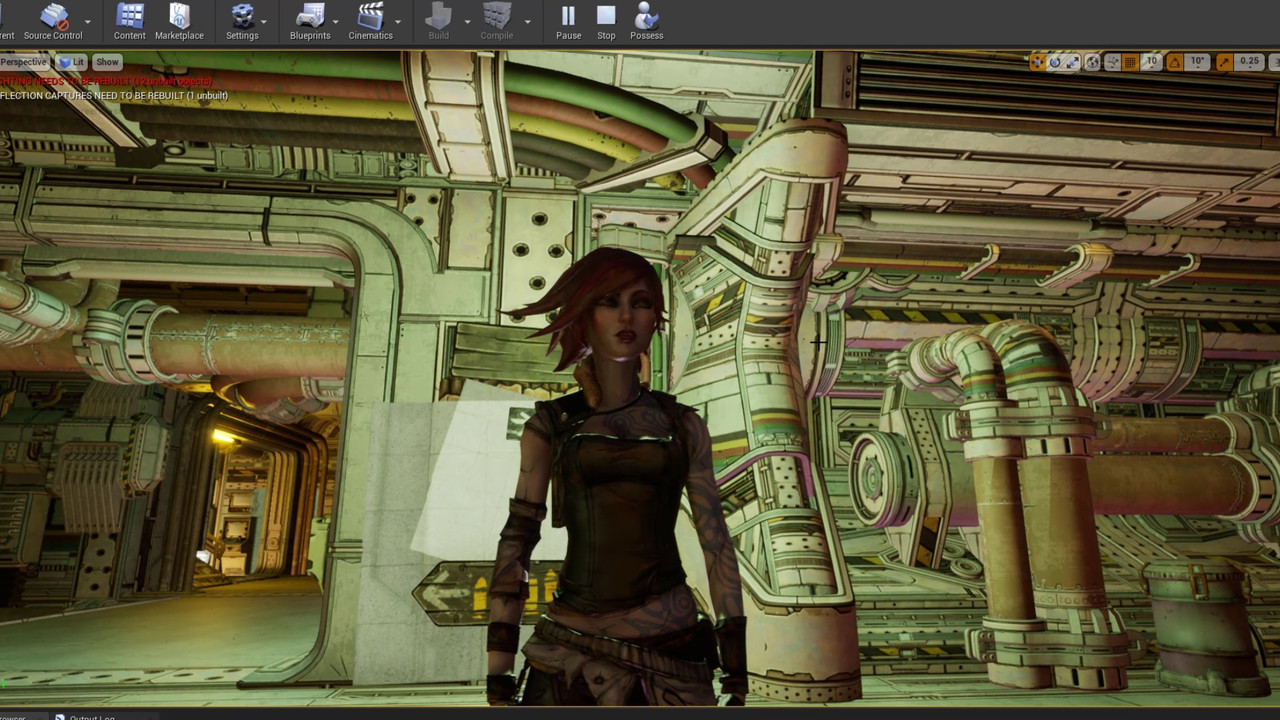 You alive, m8? I actually wanted to talk about your progress, PM me if your heart still beats!
Top

After this was done, Level.cpp in

Populates most of the default actor types, such as lights, static actors and so on.

I also did some tests using my approach with Jedi fallen order, because as it happens the level I was looking at didn't use any landscapes, which made it easier to import.

But one of my problems is actually materials, in particular cooked materials, although I can easily find the material expressions/functions, I don't know currently the connections map. That is I don't know, I couldn't find a pattern, which material expression connects to which node.
Which of course leads to a transitivity problem, because (2+2)*3 != 2+(2*3). Although I correctly identified the twos and the threes 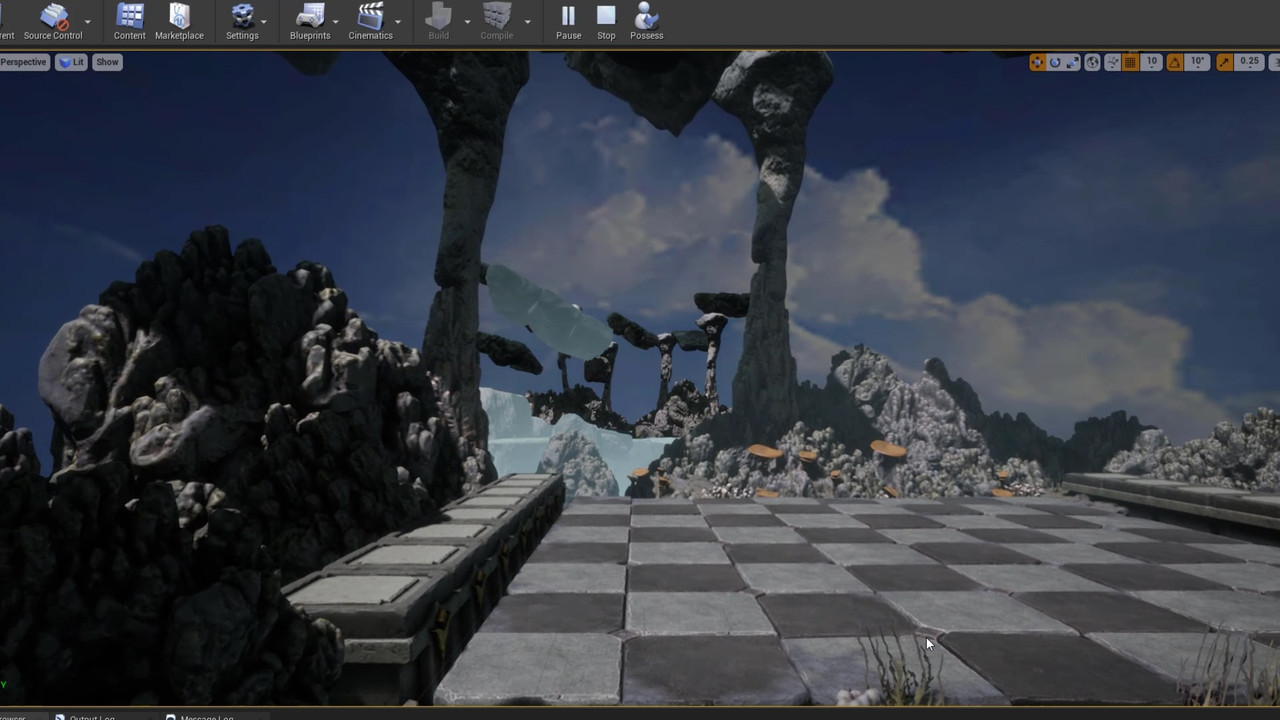 If the YouTube video doesn't display, here is the direct link
https://www.youtube.com/watch?v=bxFRdel2cLw

A few of us made a small discord channel for this
https://discord.gg/hyC5qgU

It is mostly for discussions and tests, this is not meant to be a full, easy to use tool...
Should you join, browse the previous comments in the discord channel for some extra relevant information
Complex landscape still doesn't work in cooked form though...
Top

Inspired by Daemon's success in getting the landscape from some unreal engine 4 games, I also looked into this a bit, and I think I found a general pattern that hopefully applies to all?/most?/some? unreal engine cooked maps.

I'll explain the process as I understood it by looking at the data I extracted from a map from Heroes Showdown that contains landscape ( my example above does not contain landscape, only static meshes ). My explanations may not be scientifically accurate or use the scientific correct language, but I'm hoping to gist of it is correct

When the landscape is being cooked, unreal creates a grid of landscape components based on the settings used when the landscape was generated in the first place in unreal editor. I will stick to the Heroes Showdown map example, as it's easier 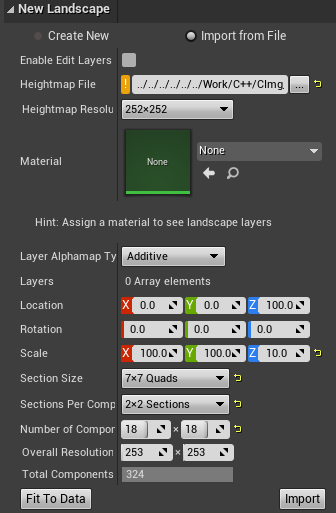 So in my case, the landscape was broken into 324 landscape components = 18^2
Also, the complete Height map texture, would also be broken down into chunks, separate textures, each texture Chunk assigned to each component.
All this is being cooked together.

When uncooking, I found myself in the unhappy situation of having a bunch of very small textures chunks that I had to find a way to glue back together like a puzzle. Luckily the X and Y location in the atlas? of the height map is being cooked into each landscape component.

So then I just had to basically get each textures chunk and added to an empty canvas at the correct X and Y, like so (In my case at least, the actual Y was Mirrored, from bottom to top, e.g. if cooked Y=14 and Y Max=252, the final Y=YMax-14=238) 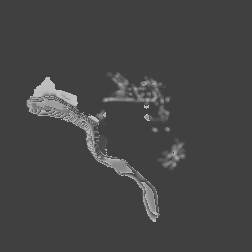 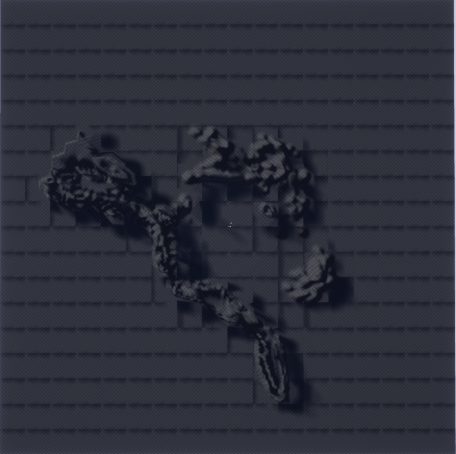 Another landscape example, this time Borderlands 3 Towers, with an attempt for some basic materials 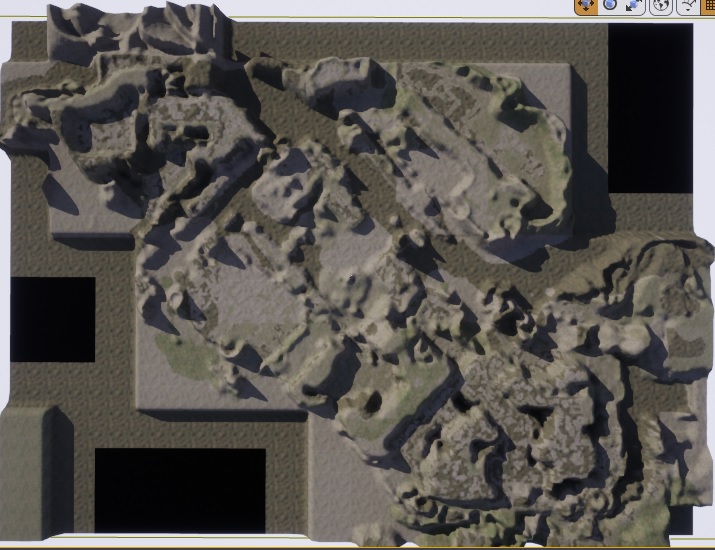 Landscape generated from this height map 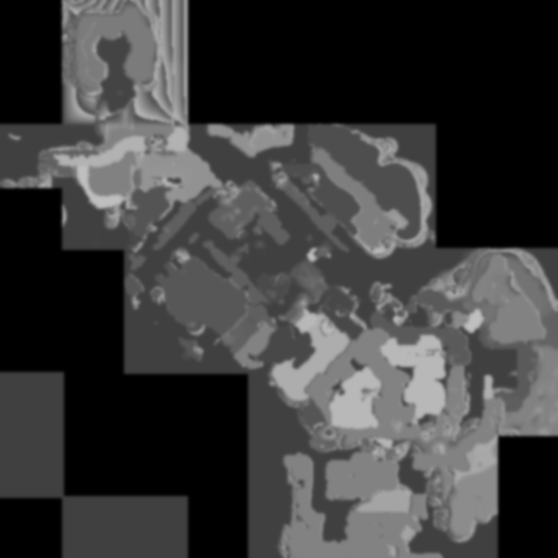 Landscape materials automatically blended according to this weight map 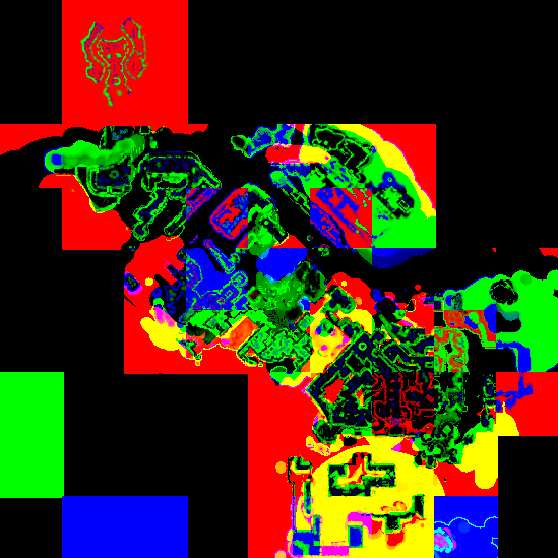 Both the height map and the weight map were extracted from Borderlands 3 cooked assets.
Note I'm a scientist not an artist, although I sometimes understand serialized zeros and ones, I don't have any experience with actual technical artist/designer field, so I have no idea if the end result is correct