The Original Forum. Game archives, full of resources. How to open them? Get help here.
Forum rules
Post Reply
24 posts

Is there anyone out there?
Top

Using TextureFinder, I was able to look inside the STGEVTD.BIN file and see what appeared to be every character portrait. Please let me know what you think.
Top

I was browsing STGEVTP.BIN in a hex editor when I came across this at the beginning.

outmap.bin? Well, there's no such file in plain sight when looking at the files on the disc. Could this be maps or...?

On another part of the file, I discover this...

There are also .bin files like these, it seems. There are sorted in order; t01.bin to t13.bin, not to mention there are "d" versions of these files as well. I can certainly come to the conclusion "t" stands for "town" while "d" stands for dungeon. There are also "e" variations, which I assume are "event" maps.

A while back, I found some textures inside BTLODT.BIN. I recently viewed it in a hex editor to reveal some formats as seen in the following image.

As far as I know, the extensions seen in the file are easily recognizable. I assume "vu" refers to the UV coordinates used on the textures I discovered using TextureFinder. Bone files can be seen here, along with the .mdl format and .msh, I can say must be mesh. Aside from the that, texture files are housed here, most notably .tim format.

Again, I found some more stuff inside STGEVTD.BIN. It seems to be made up of dialogue with certain numbers standing for names...

A brief example showing an in-game line of Janus, whose number is 072.

NOTICE: To anyone who would like to help with unpacking archives, let me know you are interested and I will gladly send sample files your way.

I can definitely say there are a ton of files for use with models of enemies inside BTLODT.BIN. The problem is writing a script to extract the files. Is there anyone who can help if I send the sample file?
Top

I used VGM toolbox to extract each model. But I noticed several things. The way they are stored isn't like anything ive ever seen. I been looking into all the .BIN files here is what I found.

After getting some help from Reh over at Zenhax he showed me my .tex are actually readable. 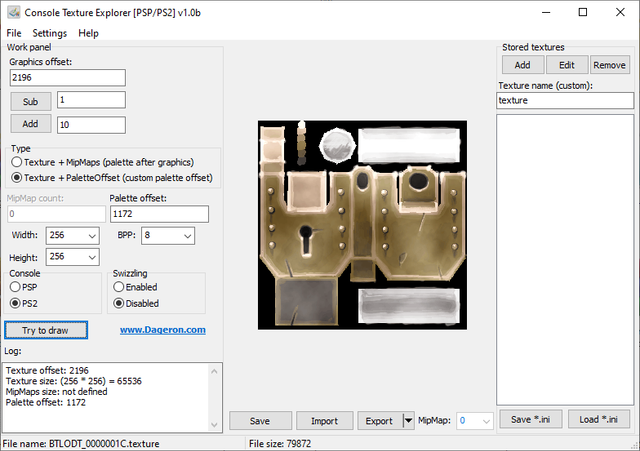 Offset is usually 2196 and the palette is at 1170-1174. I noticed a few times it was 1172 and 1174 so just have to check. But once you do that save a .bmp. This will make it nice to get the textures from all area's without playing the game.
Or you can do it the old way from PCSX2 and manually saving them. 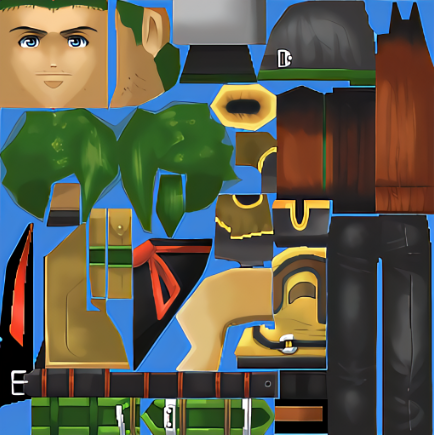 Either way textures aren't too bad. Its the models that have been a struggle. I looked at the raw information and its hard for me to decrypt. I found that I cant get anything by the raw data. Not yet at least.
As for the save states. That's a different story. shakotay2 helped me with the script a few months ago but we still weren't able to get a proper extractor.

The results of the output were not proper uv channels. I don't know where the error is I've looked at the script for about 2 months now. I cant seem to find it. If I shift the bytes x04 i get the world. 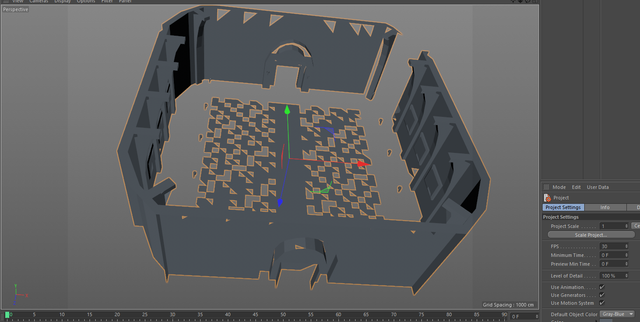 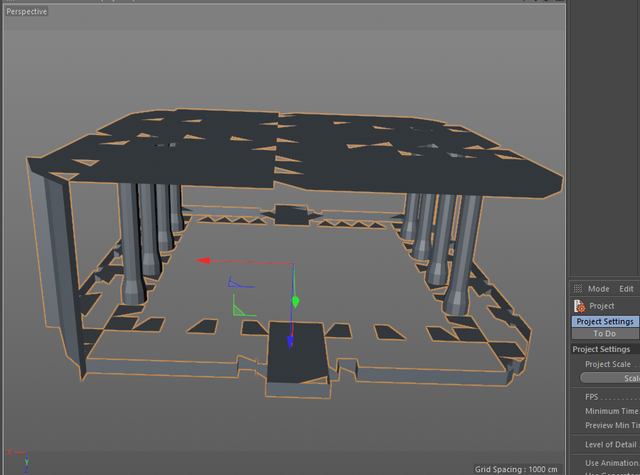 Which appears to be the missing faces from the 1st image. Not sure what's going on there. I noticed that this was the post from some years ago. Which included a .blend file. Which i think is the key to all this.

Because in this tutorial of the extractor all the uv's look correct and he supplied all 4 main characters uv mapped. 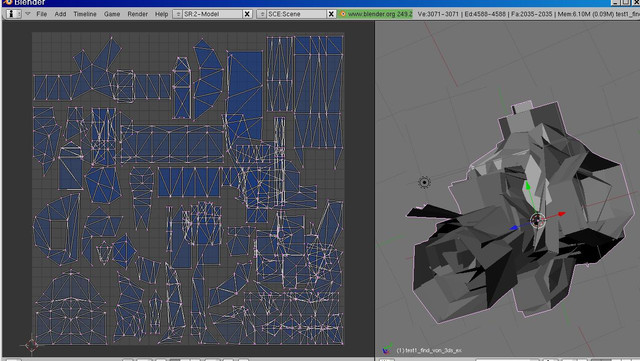 Here is the extractor he made for the eememeory
https://drive.google.com/file/d/195iKgJ ... sp=sharing
If anyone could help with this game that would be extremely helpful! Its been quite some time.
Top

Here's an updated exe (to be copied into the Make_obj folder from the zip in sharppy's google drive):
.
Make_obj_WA3-uvs.zip
(I could add the 2nd channel after someone confirms it's working correctly now.)

(to log the output into an obj file)
You do not have the required permissions to view the files attached to this post.
Last edited by shakotay2 on Mon Jan 25, 2021 11:32 am, edited 2 times in total.
Bigchillghost, Reverse Engineering a Game Model: viewtopic.php?f=29&t=17889
extracting simple models: viewtopic.php?f=29&t=10894
Make_H2O-ForzaHor3-jm9.zip
"You quoted the whole thing, what a mess."
Top

Here is the updated script. Thanks again!
You do not have the required permissions to view the files attached to this post.
Top

To avoid confusion I'd suggest to comment out this line (adding #) in the bms file:
#Log "fInd.bin" 0 sizefInd MEMORY_FILE3 ;

Because the fInd0000000x.bin files contain face indices that are already in the 1.3ds.obj for example.

(You could change the bms script to have an increasing number starting with 0: uvs0.bin, uvs1.bin,...
without the need of pressing 'r' then.)
Bigchillghost, Reverse Engineering a Game Model: viewtopic.php?f=29&t=17889
extracting simple models: viewtopic.php?f=29&t=10894
Make_H2O-ForzaHor3-jm9.zip
"You quoted the whole thing, what a mess."
Top

I found that if you change line 27 in the script from seek 15 to 31 you can extract the stages. There seems to be 1 triangle missing tho in each submesh. Might be the way the script is parsing faces in the new order of bytes perhaps ? Uv's are a tangled mess aswell. I found this by examining the original script to this one.